Jack Kimberlin • Air Force • 1921-2012 • WWII • As a pilot of a B-17 Aircraft, Jack made 35 successful bombing missions in Europe. Later in the War, he became a flight instructor of B-17 pilots. He was instrumental in construction of many business structures and homes in the Clifton Forge area. He was owner of Kim-Stan Incorporated, owner and operator of Virginia Coal and Supply in Clifton Forge, and was former owner and operator of the Valley Ridge Water System. 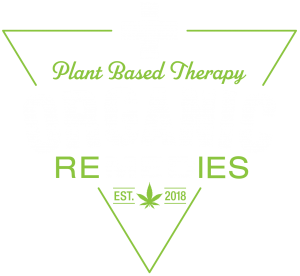 All locations will be open from noon-5pm on Independence Day: July 4, 2022.

All locations will be open from noon-5pm on Labor Day: Monday, September 5, 2022.

All locations will be closed for Thanksgiving on Thursday, November 24, 2022.

Join us at our Career Fair on July 28th!

We are hiring full time positions at our cultivating and manufacturing facility.

The CanPay app can not be found in the app store. You must visit https://canpayapp.com from your mobile device and follow the directions.

For you techies out there, their “app” is a PWA: Progress Web App. This means they have some fancy code going on that makes their website act like an app when you follow the directions to add it to your home screen. Doing it that way generally helps companies to keep costs down instead of needing to code an app.

Thank you for your request!

DO NOT COME TO THE DISPENSARY UNTIL YOU RECEIVE A CONFIRMATION EMAIL THAT YOUR PRODUCT ARE READY.

PLEASE NOTE: We will only respond during business hours.  If you place a request after business hours, we will not be able to respond until the next business day.  If you see this message – your request has been received by our system.  Please do not send multiple requests for the same product reservation.

You ARE checked in